Are old-school off-roaders a dying breed?

The Toyota 4Runner has, for over a decade, been a mainstay of the off-roader market in the USA, and having seen very little change over that past decade, it’s easy to believe that the iconic cruiser, and other vehicles like it, may be getting a little long in the tooth when it comes to market appeal.

Consider that there is increasing competition coming from newer rivals such as the Ford Edge, and one can easily see that the 4Runner and its like-minded body-on-frame SUV rivals need to deliver the basics they pride themselves on flawlessly in order to maintain their competitive advantage and stay ahead of newer, more teched-up rivals.

Is there still room for such vehicles in the market, though? Old-tech, rugged and tried and tested off-roaders – like these sorts of cars Toyota makes – or is this a domain that the younger models in the segment will soon be proving themselves best in and making their own?

Change, they say, is the only constant. However, one of the things about these body-on-frame SUVs is that they don’t change all that much. They’re big on torque, less so on horsepower, and off-road performance is the name of the game. The 2021 incarnation of the 4Runner, for example, sees few changes once again, although there is the introduction of the Trail Edition, which is derived from the base model and is mechanically identical to it.

READ MORE:  5 Things To Consider Before You Upgrade Your Car

That means it’s powered by a 270 hp four-liter V6 engine that delivers 278lb-ft of torque. By comparison, the smaller turbocharged V6 mill in the Edge ST delivers 335 hp and 380 lb-ft. Owed to its forced induction, the Edge is the kind of automobile that’ll offer improved fuel economy, getting better mileage off a tank than the old-school, lumbering V6 of the 4Runner will. The Ford has a combined miles per gallon rating of 23 as compared to the Japanese automobile’s 17 mpg.

Looking at other, newer rivals such as the Edge, we can see comparable space offerings with improved on-road dynamics and plenty of driver aids, but do they share the true, raw, mechanical off-road ability of vehicles like the 4Runner?

In short, no, simply because there’s something reassuring about that mechanical connection to the ground, knowing you’re not relying on any of those modern aids to get you over those rocks or through that sandtrap you’re navigating. The Ford suits much better in the urban jungle, whereas the 4Runner’s natural habitat is out there in the rough. 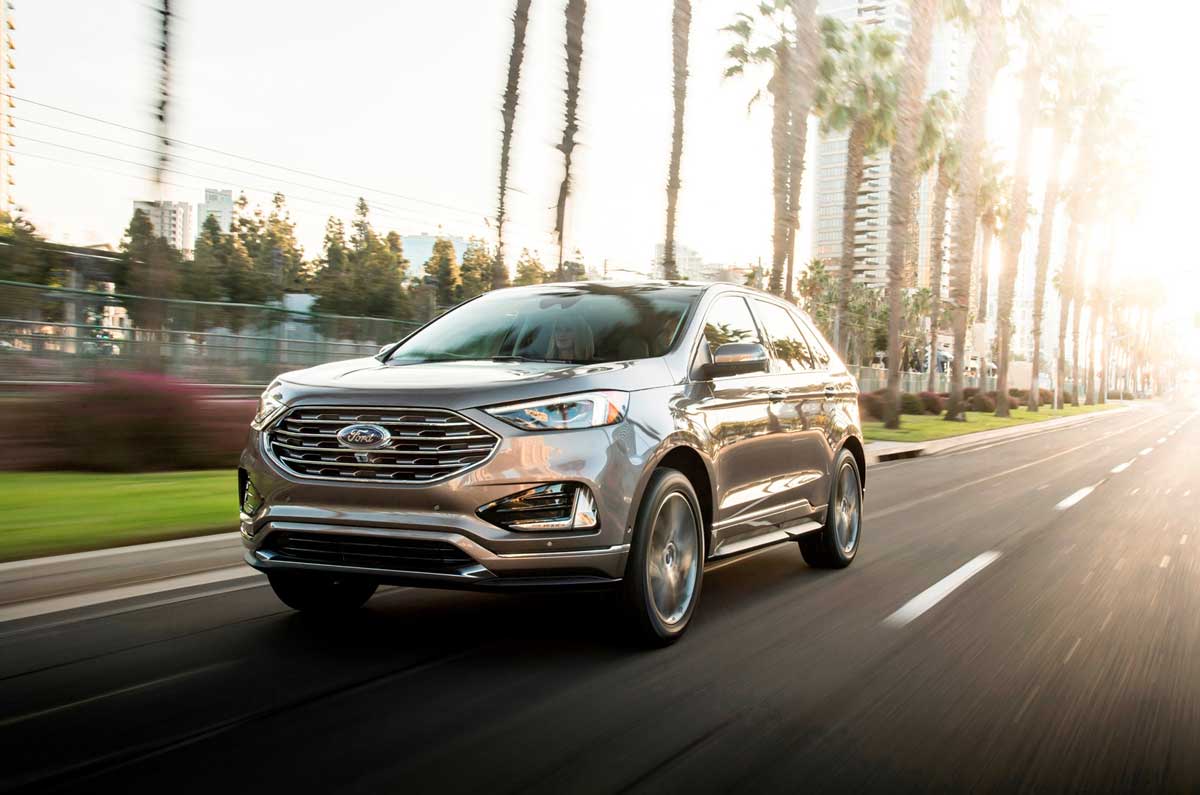 One of the criticisms often leveled at the 4Runner is that it isn’t as modern as its counterparts, but that could well be one of its greatest assets. Not only does it have stacks of cargo room (in one of the configurations with only five seats, that is), but it has very few driver aids and that means that you know that what you’re relying on when taking it off the beaten track won’t break.

Sure, it is dated inside and out, but that’s part of the charm of such a car. Think about how long the Land Rover Defender stayed cool for when it got old – it had character! And the 4Runner has its own unique character too.

Both vehicles are dead simple and supremely capable off-road – and that matters to the off-roading community. It’s far easier to put your trust in something you can feel, something where you’re a cog in the machine, as opposed to a simple button-press, and many members of that community prefer the old-school approach to off-roading.

On top of that, the dated styling actually becomes modern retro in a way that lends itself to the market. Buyers aren’t necessarily looking for some chic, stylish offering in this market; they want the rugged looks to match the rugged ability of these beasts. 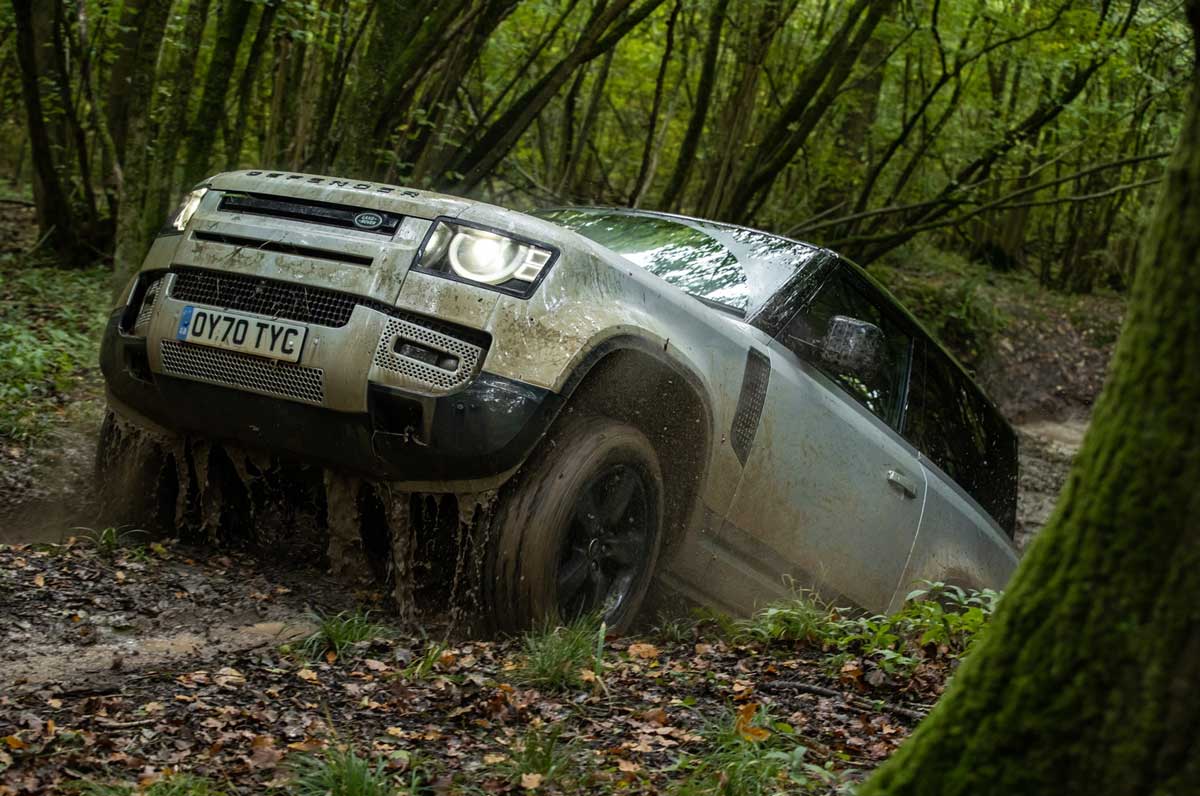 All that taken into account, there remains something to be said for modern features and driver aids in these vehicles. The new Defender, for example, comes with a host of electronics on board and it has a reputation to uphold. And in spite of having embraced the 21st century, it absolutely does uphold that reputation of being nearly unstoppable off-road.

The original Defender was the benchmark when engineers set about creating the highly anticipated sequel in order to make sure that the new one was better, or at least as good as the original in every way. It features a state-of-the-art drivetrain that involves permanent all-wheel drive and an upgraded version of Land Rover’s Terrain Response System. This system was absent on the original version but works a charm in the latest Defender.

Ultimately, though, the Defender just doesn’t feel like a Defender anymore; it feels like more an original Discovery these days. While that is a niche that needed to be filled as the Discovery becomes more and more family-oriented, but it’s no longer a true Defender in spite of the iconic styling cues that would have you believe otherwise.

That’s exactly the risk that Toyota would run by updating the 4Runner, too. Right now, it has stacks of off-road credibility that it can’t afford to lose, and it has the rugged styling to go with that.

Makers of these old-school off-roaders need to know where their bread is buttered, and with the 4Runner, it’s right here, where it sits in the market at present. It doesn’t need to be modern or fancy because it can’t lose the essence that makes it what it is. And what it is is great.

come back to look younger than age

Learning From The Global Experts